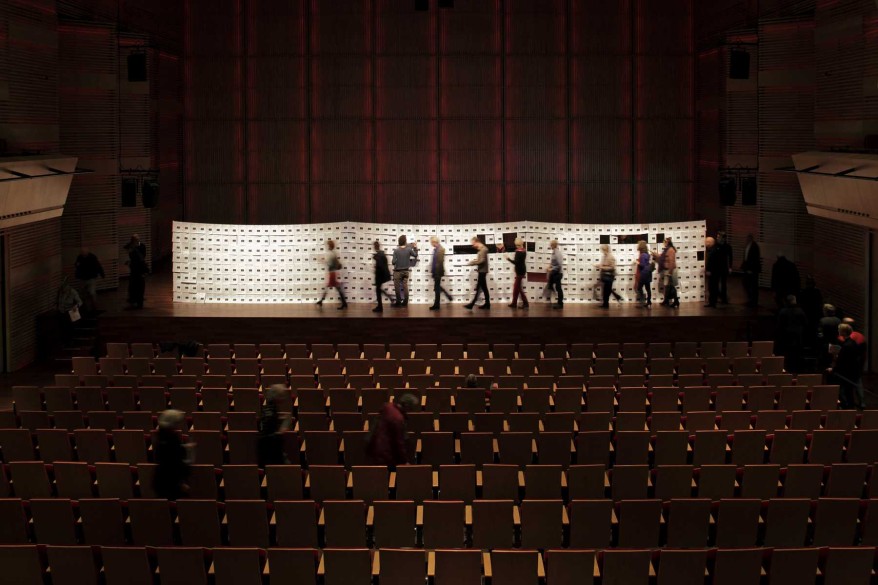 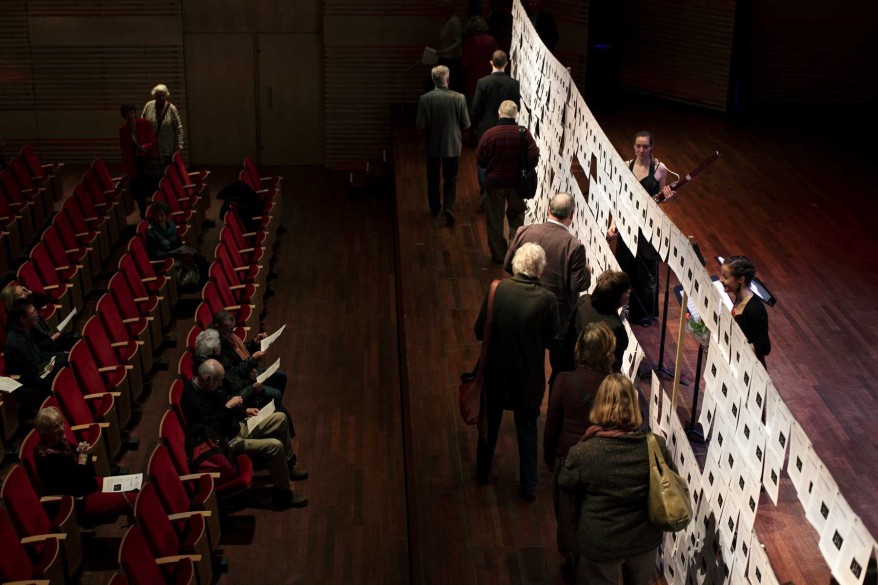 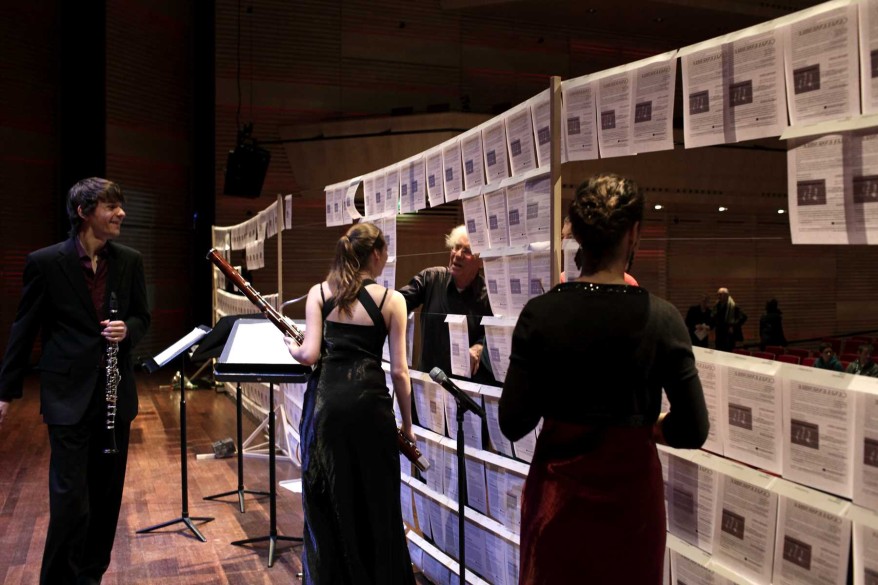 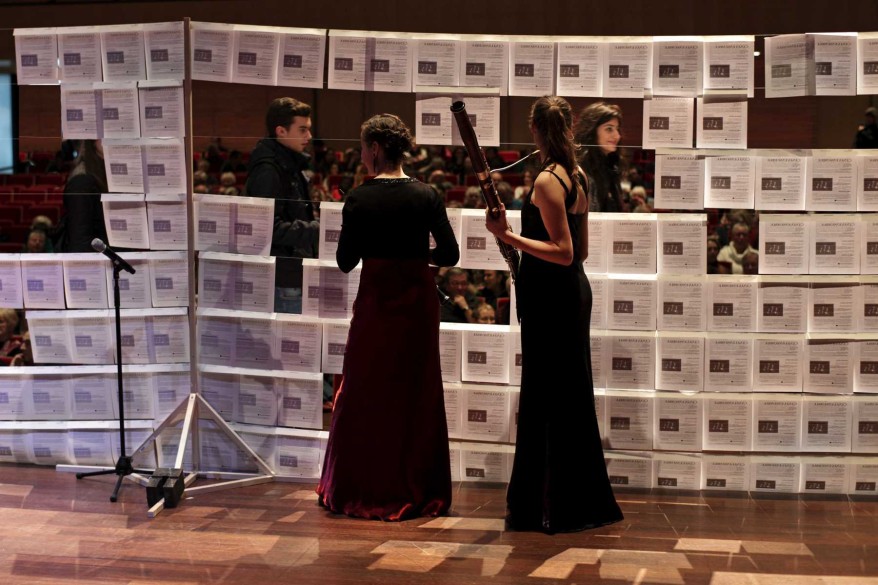 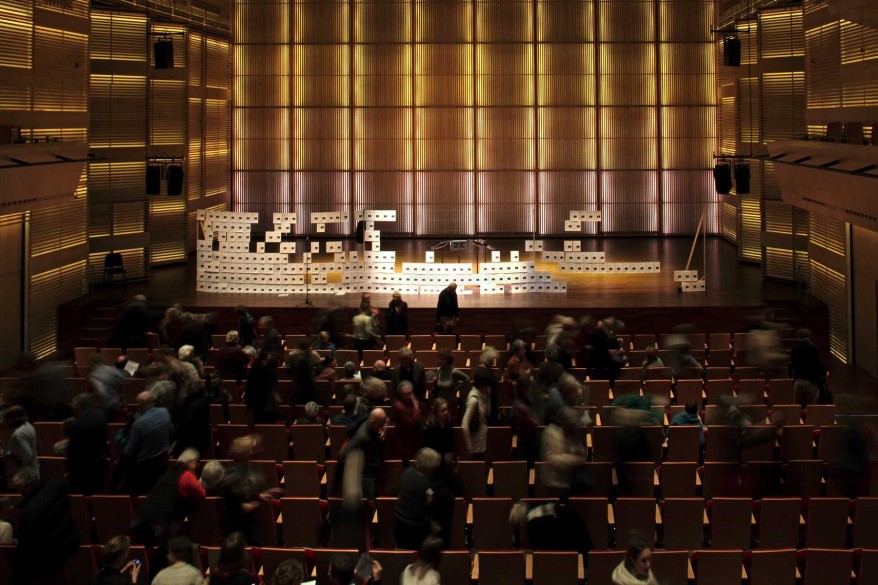 The client asked for a décor for a performance in the main music hall of Muziekgebouw aan ‘t IJ. This large venue posed a challenge for the décor as it is contrasting with the intimate venues the ensemble is used to perform in. As a response to this we proposed a décor that stretches out over the entire width of the podium and is placed in between the artist and the spectator. The décor had to be constructed as economical as possible, so its made of material that was already at hand: the program booklets, hanging on seemingly invisible wires between wooden posts. The wall of program booklets may seem like a barrier at first but upon entering the venue the audience has to come up to the podium and take their piece of the décor – the program – before returning to their seat. In this process the audience helps to take away the barrier between themselves and the performer and shapes the décor itself. In this action they can engage in conversation with each other and the artist which brings the intimate feeling that the client wished for.